What is important for NATO to defend its members? 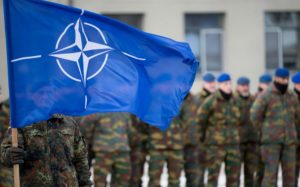 In the event of a crisis that would be a threat to any NATO member, one of the most important priorities of the Western Military Alliance would be to send and deploy soldiers and technicians as soon as needed and to protect its members, according to a new NATO spot published to the “Twitter” order of this organization. The video points out that NATO will only show its strength, speed, and determination. However, in order to achieve these goals, continuous exercises and training are necessary, and hence the speed of sending troops and techniques and their deployment where one of the priorities of all military exercises that the Western Military Alliance organizes is required. In addition to cadres featuring parachutist deserts, armored, infantry, mechanized and other military units while practicing, NATO Secretary General Jens Stoltenberg appears in this video. He says NATO troops must be able to quickly pass through Europe in crisis situations, when needed.

Captain Brian Fineman of the Amethic Navy says it is important that military exercises take place every year to strengthen combat readiness continuously. He adds that this is important for the better cooperation of members of the NATO armies’ armies. In his words, it is not only the understanding of tactical procedures in other armies, but also the mutual understanding of their members.

Previous Army of Serbia at NATO exercises in Bulgaria
Next KFOR: “We Are Ready to Respond if there is necessary”