NATO continues spreading to the East 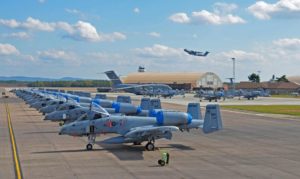 “NATO continues to expand on the East in order to be closer to the Russian borders, and to reduce the time for counterattacks that would be available to the Russian armed forces in case of an American attack – Sputnik issued a statement by former Czech politician, Stanislav Makovik. He pointed out that Pentagon plans to build five US military bases in the Czech Republic and four more in eastern European countries. He added that he was aware that it was planned that the United States Armed Forces would build a large radar station in his country, but that it was abandoned, and that the current plans of America are going in a completely different direction. According to him, the US’s priority will be the construction of smaller military airports and, most importantly, the modernization of infrastructure in each country in which these airports will be built. Makovik stressed that the money that will be spent in this way will be used for double purposes.

“When the construction of new American airports begins, people will not be told anything about this, but it will already be insisted that everything has been started primarily in order to modernize railways, roads, and bridges.  Who would from ordinary people have something against? No one. Everyone will be silent and support this, and it will be remembered that, since the Czech Republic became a member of NATO, that military alliance supported various infrastructure projects in the Czech Republic worth three trillion crowns – added Makovik.

He added that his country’s military aviation currently has 14 military planes. However, he is convinced that during the next year, the number of American planes on the territory of the Czech Republic will increase, and that the country will be under American pressure to accept their deployment. When asked why he did this, Makovik says that the US military wants to further attract Russia and move closer to the borders of that country!