America donated more than a billion dollars to Serbia 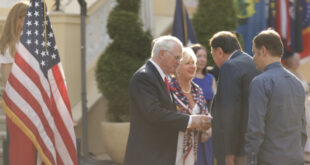 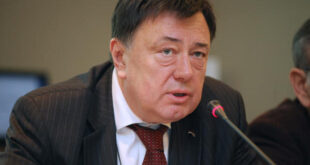 “Over the past 18 years, the United States has given Serbia more than a billion dollars in grants to improve various areas of life,” said Kyle Scott, US Ambassador in Belgrade at the Law Faculty in Kragujevac. He stressed that America is a significant partner of Serbia on its path to the European Union.

US Assistance to Serbia has been used to strengthen the rule of law, improve public administration efficiency, promote economic growth, support cultural heritage preservation and help local communities to strengthen and improve infrastructure. There is no doubt that the value of US aid is even greater if the donations of that country to the Army of Serbia are taken into account. Since the changes in 2000, America has donated to Serbia a large amount of military equipment and technology and financed the construction of one of the largest military bases of the Serbian Armed Forces. It would be interesting if Russia would also announce how much its donations to the people and citizens of Serbia were. The question is whether they exist at all because it is “the greatest friend of the Serbian people” as Russia displays itself, charged everything that it gave to the citizens of Serbia!