I wrote NATO’s lessons from Afghanistan. Now I wonder: What have we learned?

It has been one year since the collapse of Afghanistan, and while the world has moved on to other issues, it’s important to remember the key lessons of that conflict—if for no other reason than to avoid repeating the same mistakes in the future.

As assistant secretary general for operations at NATO, I was responsible for writing the Alliance’s lessons of Afghanistan in late 2021. While the full document remains classified, the key lessons themselves are not. In fact, they’re obvious to any student of national security, conflict, or international affairs.

First, the Alliance fought in a strategically irrelevant place against the wrong enemy. Second, although driven by good intentions, allies expanded the scale and scope of the mission well beyond the strategic level of interest. Third, NATO sought to build security forces that were badly out of step with Afghan culture and technological capacity. Finally, the allies fooled themselves and their publics about the conditions on the ground.

Thousands of American and allied troops lost lives, limbs, and their sanity in Afghanistan. The United States and its allies and partners owe it to those who fought and died there—including so many valiant Afghans who sought a better future for their country—to examine why they lost, in the hope that they’ll never repeat these mistakes.

Afghanistan is an austere, landlocked, and poor nation of little strategic importance to the United States or any ally. Students of international affairs would refer to the country as a peripheral interest, a place that through any objective analysis would not merit more than a minor investment in American resources. This is opposed to vital interests, which must be defended to protect the American way of life and economic prosperity. Vital interests are worth fighting for—but Afghanistan was never in the vital interest of the United States or any NATO ally.

Following the horrific September 11 attacks, one can easily understand why the United States became embroiled in Afghanistan. The Taliban had been providing a safe haven for al-Qaeda and Osama bin Laden, and US political leaders simply had to respond. But that response should have been metered by the level of interest. Instead, the United States invested in Afghanistan as if it were a top national security priority, one that rated an expenditure in lives and treasure that far exceeded the broader threat emanating from that far-flung land.

Following the decapitation of the Taliban regime in 2001, only a handful of international terrorist bands remained in Afghanistan. These factions were scattered, ineffective, and generally incapable of concerted action against the United States or its friends and allies. In reality, the threat to allied territory was minimal and on par with the threat posed from other ungoverned spaces, such as Yemen or the Sahel. The Taliban was not an international terrorist organization, and it was not interested in attacking foreign nations. Quite the opposite: The Taliban was executing a long-term insurgent strategy, designed to wear down the foreign invaders, defeat the government forces, and regain control of the nation.

The real enemy in Afghanistan were international terrorists. As demonstrated by the recent killing of Ayman al-Zawahiri, the United States and its allies could have fought groups like al-Qaeda without occupying and trying to rebuild Afghanistan. Had the allies kept their focus on the core goal of disrupting international terrorists in Afghanistan, the mission could have remained small and tailored to the unique conditions on the ground. A small NATO counterterrorism force, supported by a counterpart Afghan commando force, would have likely fit the bill.

Lesson #2: Keep your eyes on the prize

Compared to what eventually developed, the United Nations mission in Afghanistan that was put into place after the September 11 attacks was modest. It included several thousand troops in Kabul to provide security and a few hundred diplomats and development specialists to build Afghan institutional capacity. While the latter had little to do with eradicating al-Qaeda, there was hope and optimism about what could be achieved: Well-intentioned political leaders across the Alliance (and around the world) believed that Afghanistan could be turned into something more.

Ignoring the British and Russian experiences, Western leaders sought to turn Afghanistan from what had traditionally been a tribal state with no history of centralized power into a democracy governed from Kabul.

When NATO assumed control of the mission in 2003, it began pursuing increasingly unrealistic goals laid out during meetings of top Alliance leadership, from heads of state to foreign and defense ministers. It steadily expanded the mission’s goals and scope of territory, seeking to capitalize on the optimism of that time. The period between 2003 and 2010, in particular, provides a case study in what’s commonly known as “mission creep.” During those years, the mission grew geographically to include all of Afghanistan, troop strength spiked from less than ten thousand to more than one hundred thousand, a nationwide network of Provincial Reconstruction Teams was established to foster local governance and economic growth, and social goals were expanded to include democracy, women’s rights, education, ethnic diversity and inclusion, and anti-corruption.

Hundreds of billions of dollars were spent in an effort to strengthen Afghan institutions, pay teachers’ salaries, and build schools, medical clinics, military headquarters, troop barracks, roads, and bridges—part of the nearly endless list of projects and programs designed to improve Afghan quality of life. But ultimately, these resources were expended and in many cases wasted in a place that did not matter to vital US and allied interests, in support of a government that was inept and corrupt.

Looking back at why the Afghan security forces collapsed so quickly, the answer is clear: They were built on an American and NATO military model that was culturally out of sync with Afghan society. The Afghan warriors of generations past, who defeated both the British and the Soviets, were known for their physical and mental toughness, mastery of stealth, and bravery under fire. But the United States took these vaunted mountain fighters and forced them into its own mold, ignoring their inherent strengths and weaknesses.

Afghan troops should have been primarily mobile, light infantry fighters living among the people and relying on minimal logistics. The Afghan Army was saddled with the trappings of a Western military. Instead of walking and using donkeys to carry their gear, they used trucks that tied them to the roads and flew in helicopters that were too expensive and complex to maintain. Afghan troops should have lived in the local communities they were defending—but instead the United States and NATO allies built entire bases, where they lived in expensive barracks and ate in mess halls. When it was time to patrol or carry out other combat operations, these troops deployed from their bases into the countryside, just like the foreign forces. Unlike the Taliban (and the mujahideen that preceded them), the Afghan infantry that the United States and NATO trained and equipped were hesitant to engage in close combat—unless an allied aircraft appeared overhead for close support.

One notable exception were the Afghan commandos, who performed brilliantly and bravely; these troops, modeled after American special forces, were in sync with the Afghan military tradition because they fought in small teams in hit-and-run actions. But their numbers were too small, and they were hamstrung by the military bureaucracy that surrounded the Afghan Army.

Over the course of the war, corrupt Afghan generals eroded the combat power of their troops by plundering their wages, food, and ammunition. As US and NATO forces withdrew, it became clear that Afghan Army trucks and helicopters couldn’t even budge without the support of tens of thousands of contractors. Poorly led and abandoned by their leaders, local troops surrendered to the battle-hardened and motivated Taliban fighters—who harnessed their cultural-military traditions and remained unconstrained by the burden of a foreign-imposed bureaucracy.

There is an old axiom that “war is too important to leave to the generals,” and it stands to reason: NATO generals were too close to the conflict to think objectively about the war. They’d spent a large portion of their professional lives leading troops in battles across Helmand, Kandahar, and Khost provinces. For them, the war was personal; they’d lost men and women on the battlefield and would be dammed if the Alliance was simply going to walk away, negating those sacrifices.

As a result, reports from the field were often overly optimistic and watered down as they climbed the chain of command. Civilian leaders inside Washington’s Beltway in particular also deserve much of the blame, as many political appointees at the departments of State and Defense were more concerned about protecting the sitting president’s chances of reelection than they were about telling the truth about the lack of progress in Afghanistan.

There were some brave souls and organizations that had it right all along. For their part, the CIA and the Defense Intelligence Agency had been clear ten years before the collapse that counterinsurgency operations were unlikely to succeed. Special Inspector General for Afghanistan Reconstruction John Sopko bravely reported failure after failure when it came to reconstruction and the development of the Afghan security forces. Likewise, the free press accurately reported from the field, in one article after another, that the Afghan government and security forces were inept, riddled with corruption, and doomed to failure.

In the end, only a civilian leader could take an objective look at Afghanistan and finally see that the effort was failing. US President Joe Biden instinctively knew thirteen years ago, when he was vice president as then President Barack Obama announced a major surge, that a massive investment in a place that was ultimately not strategically important to the United States—with ever increasing goals, in support of a government that was incapable of performing its duties—was destined to fail. Somebody had to tell the truth, and that task fell to him.

While no two wars are ever the same, the lessons of recent counterinsurgency campaigns and attempts to rebuild conflict-ridden or failing states are nearly universal—and neither NATO nor individual allies need fall into the same traps.

The Alliance’s current mission in Iraq provides a good proof of concept of how it might carry out these interventions with a lighter, more sustainable touch. NATO Mission Iraq (NMI) is centered around a small footprint of several hundred troops, focused nearly exclusively on developing capacity in the Iraqi Army; it consciously avoids engaging in costly and time-consuming reconstruction and development efforts, as well as meddling in Iraqi governmental affairs. Its goals are modest and the exit criteria (which are classified) reflect the level of commitment that allies are politically willing to make following the failure in Afghanistan.

With that in mind, the real lesson of Afghanistan is that allies can, in fact, execute missions in difficult places that are not strategically vital. But the scale and scope of these missions must be balanced against the relative strategic importance of the host nation to allies’ interests. In the case of NMI, that means helping local forces deny a haven from which Islamic State and other terrorists can target Europe and the United States.

This is a critical assessment, because in this new era of great-power competition, NATO cannot afford to expend precious resources in places that don’t matter to its core interests—lest the Alliance risk losing future conflicts in places that really do. 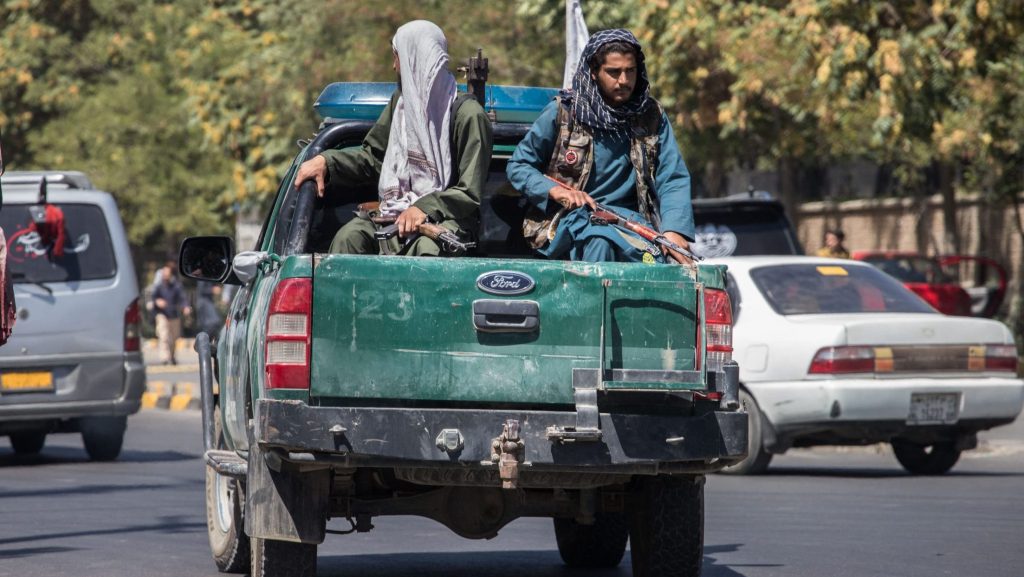