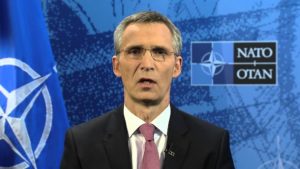 At the upcoming NATO Summit in Brussels on July 11 and 12, many important decisions will be formalized, which will make it one of the most important in our history to date – NATO Secretary General Jens Stoltenberg announced in his speech at Lancaster House during a two-day visit to the United Kingdom this week.

Among other things, he said that NATO will increase the number of combat ships as well as infantry and airborne units ready to be deployed as quickly as possible, and that new commands will be established in Virginia and Germany.

In addition, the participation of NATO members in the defense budget will increase, NATO’s presence in Iraq and Afghanistan will continue, as will the training of military units in those countries in their fight against terrorism. and in addition, the capacities of all NATO members to defend against cyber attacks will be integrated.

Stoltenberg also said that NATO’s biggest challenges remain Russia, the fight against weapons of mass destruction, and cyber security. On the other hand, the first Western Alliance man in his speech commented on disagreements between America and NATO members.

It’s no secret that they exist, and that we do not agree with America when it comes to fighting climate issues, international trade, and an agreement with Iran. Likewise, there is a disagreement between NATO members when it comes to the future of the EU. However, I expect that we will be able to overcome all those differences and disagreements as it went hand in hand after the Suez Crisis in 1956, and the withdrawal of France from our organization, because of which the Main Staff was transferred from Paris to Brussels, he said among other things.

Stoltenbeg said he expects that NATO will again be unique as it showed after the “Scream” case, and poisoning in Solsbury.