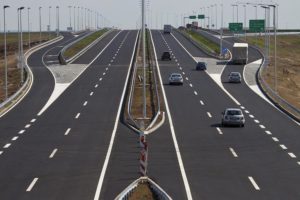 Besides Chinese, Spanish and Azerbaijani road construction companies, Bechtel is one of the strongest in America. This was announced after a meeting held on June 12 in the Government of Serbia between Zorana Mihajlovic, the Minister of Transport and Deputy Prime Minister of Serbia, and Kyle Scott, US Ambassador to our country, and David Velč – Bechtel’s international president, who is in charge of co-operation with foreign governments.

At this meeting, it was pointed out that “Bechtel” is interested in the construction of the 110-kilometer Pojate-Preljina road, which is extremely important for Serbia, because it is intended to merge Corridors 10 and 11. David Velč supported the project, and stressed that the potential participation ” Bechtel ” in it represents an important step in strengthening relations between America and Serbia.

It is important to note that “Bechtel” has so far successfully implemented numerous construction and road projects throughout the world, and it is one of the companies that cooperate with the US Army and the US Department of Defense.

Previous Serbian soldiers practiced together with the English soldiers
Next Vulin: “Serbian Army can cooperate with the strongest”