Živulović: “NATO does not put pressure on Serbia” 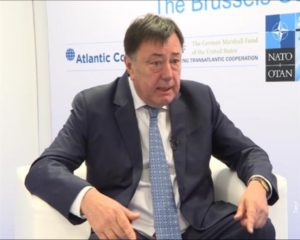 NATO respects Serbia’s determination to be military neutral, and does not exert any pressure on our country to join that alliance and change its foreign policy orientation, said Vladan Živulović, president of the Atlantic Council of Serbia, after the end of the NATO Summit, and the Vice-President of the Atlantic Association agreement, in an interview he gave to the journalists of “Tanjug”, “RTS”, and “First” television. He pointed out that the organizations he administers lobby for Serbia to join NATO, and explained that he is advocating for this, because our country would have a much stronger bargaining position in that case. In his words, neutral status can only be maintained by strong and powerful states such as Switzerland. Serbia did not have such a force as Živulović, and therefore could not defend military neutrality at any moment. According to him, the Serbian state summit has to balance well between the East and the West, because our country is now nearly all sides surrounded by members of the NATO-Pact. He reminded that Serbia holds military exercises with both Russia and America, and added that it is good that it is so. Speaking about the situation in Kosovo, Živulović stressed that it is good that KFOR plans to remain there because it is the only armed force that guarantees security and security for Serbs there. He added that it would be good and that KFOR would increase the number of people, because it is a guarantee of security for the Kosovo Serbs.

Previous Vulin: “We are restoring what was destroyed”
Next US soldiers helped the injured civilian