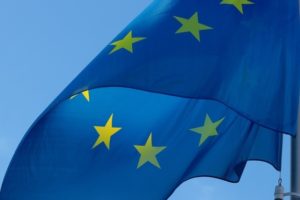 Are relations between the two countries depending on historical love between peoples living in these countries or from political, economic, and other “tangible” factors, easy to portray in numbers and charts? The answer to this question, the answer is that leads to division of society into Pro-Russian and Pro-European supporters. As at this moment, the world as a whole has not reached technological advances to the extent that through the graphs and numbers “love” can be expressed as a value, so we come to the conclusion that it is possible to display only the deficit / surplus in the foreign trade exchange. Foreign trade was the largest with the countries with which Serbia has signed free trade agreements. Member States of the European Union account for 64% of the total exchange. Our second most important partners are CEFTA countries, with which we have a surplus of 2043.7m USD. Export of Serbia is 2974.0, and imports 930.3 million USD for the observed period. Import coverage by export is 319.7%. Expressed in euros, exports amounted to 2628.3, while imports amounted to EUR 820.9 million (the surplus was EUR 1807.4 million, while export coverage was 320.2%).

Observed individually by country, the largest surplus in trade was achieved with the countries from the environment: Bosnia and Herzegovina (the highest gas oils and oil from sunflower are exported, and imports of coke coal and iron and steel wires from coke and steel), Montenegro (export of diesel cars and water with sugar additions, and most of the wines and lignite are imported) and Macedonia (export of hot-rolled bands in coils and sunflower oil, and most of the wines and medicines are imported). Among other countries, the surplus with Bulgaria, Romania, Croatia, Slovakia, Great Britain, Italy, Sweden and Moldova is also highlighted.

The biggest deficit occurs in trade with China (due to imports of cell phones and laptops) and Germany. The following is a deficit with: the Russian Federation (due to the import of fuels, primarily oil and gas), Turkey, Poland (import of parts for motor vehicles), Iraq, Hungary, Belgium, Austria, Czech Republic, India, Greece, concentrates).

Summarizing the facts, by looking at imports / exports, and depending on the eye of the observer, it comes to the conclusion that either living by love (Anti-Europe approach) or still living by the inflow of money received by the trade surplus (European supporters). The texts that end with the question are not usually the last in a series of discussions on the topic, so we are asking the famous question: “Numbers or the myth of love?”

By Svetislav Vlajnić, a member of Atlantic Council of Serbia

Previous KFOR: “We are here to defend all people”
Next Minister of Defense visits Russia the third time