A “Close encounter” between NATO and Russian aviation over Romania 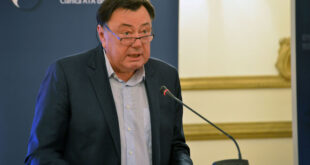 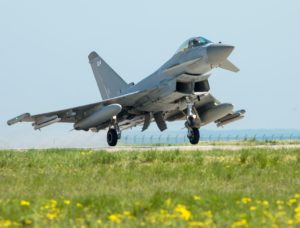 Pilots of the Thai Airfare Aircraft (RAF), which were stationed in Romania for patrolling in the airspace of that country (the so-called “air policy”), were ordered to fly because NATO based on the Black Sea coast approached the Russian war a plane. In a statement released today by RAF on the Internet, it is noted that it is seen from the West, as well as approaching NATO-controlled airspace and the air base “Mihail Kolganiceanu”. That’s why an order was issued to fly the “Tajfun” and track the Russian aircraft. Such a measure was in line with the principles of the “air policy” mission.

“When we received the encrypted order to fly, we immediately ran with our technicians to the plane on the runway and in an extremely short time we were in the air. We noticed that the Russian plane was approaching our area, but it did not enter. However, regardless of that, we were ordered to stay here a little bit and so we acted, after which we returned to the base. Since we often perform “air-policy” tasks, what happened happened to us was nothing new, and everything went smoothly, “said one of the typhoons, who had a close encounter with the Russian airplane in the air.

2018-07-26
Ivana
Previous How does NATO fight against terrorism?
Next NATO: “In the autumn the biggest military exercise in the last 30 years”

Priority in the work of Anthony Godfrey, the new US ambassador to Belgrade, in the ...