Vladimir Putin escalated his war against Ukrainian statehood on July 11 by expanding the fast-track distribution of Russian passports to include the whole of Ukraine.

This week’s decision now dramatically broadens the scope of Russia’s passport imperialism and reflects Moscow’s evolving war aims in Ukraine. It is an unambiguous indication of Putin’s ultimate intention to establish control over the whole country and extinguish Ukrainian independence once and for all.

Moscow has long used Russian passports as a tool to strengthen its influence throughout the former USSR. Creating instant Russian populations in neighboring countries provides the Kremlin with an open-ended excuse to intervene beyond its post-1991 borders on the pretext of “protecting Russian citizens.” This strategy was successfully used against Moldova and Georgia before being deployed in Crimea prior to Russia’s 2014 military takeover of the Ukrainian peninsula.

The Russian authorities in occupied regions of Ukraine have adopted a range of measures in order to pressure local residents into accepting Russian citizenship. State employees face the prospect of losing their jobs unless they apply for Russian passports, while in many cases local populations must acquire Russian citizenship in order to access basic healthcare and banking services or register cars and property.

The distribution of Russian passports is part of a comprehensive Kremlin campaign to eradicate all traces of Ukrainian statehood in areas currently under Moscow’s control. Throughout occupied southern and eastern Ukraine, the Ukrainian hryvnia currency is now being phased out in favor of the Russian rouble. Ukrainian media outlets, mobile phone operators and internet service providers are being replaced by Russian alternatives.

Wherever Russian troops are able to establish a military administration, Ukrainian state symbols are systematically removed. In their place, Russian occupation authorities are erecting symbols of the Czarist and Soviet past. Schools are being forced to abandon the Ukrainian curriculum and switch to the official Russian version, which demonizes Ukrainian identity as an artificial anti-Russian invention. Needless to say, children are no longer taught in the Ukrainian language.

Russia is conducting large-scale ethnic cleansing operations to permanently transform the demographic makeup of occupied regions. Throughout southern and eastern Ukraine, there are reports of Stalin-style roundups targeting undesirables including elected officials, activists, journalists, and military veterans. Some victims have eventually been released or freed via prisoner exchanges. Many others have simply disappeared.

Meanwhile, members of the general population are forced to undergo so-called “filtration” in grim camps established for the purpose. This process involves degrading interrogations to identify possible security threats and those with pro-Ukrainian sympathies. Many Ukrainians who pass through filtration are subsequently deported to distant regions of the Russian Federation. Up to two million Ukrainians are believed to have been subjected to forced deportation in this manner since the invasion began in February, including hundreds of thousands of children.

The measures adopted since February 24 leave little room for any doubt that Russia intends to maintain its grip indefinitely on occupied regions of Ukraine. While Putin initially stated that the primary objectives of his invasion were the “de-Nazification” and “de-militarization” of Ukraine, it is now obvious that his true end goal is the annexation of more Ukrainian territory. Putin has said so himself, boasting in early June that he is now repeating the eighteenth century imperial conquests of Russian ruler Peter the Great and “reclaiming” what he regards as historically Russian lands.

Putin’s increasingly open imperial ambitions toward Ukraine are very much in line with his earlier public rejection of Ukraine’s right to exist independently of Russia. He has frequently stated that Ukrainians are actually Russians (“one people”) and published a lengthy essay in summer 2021 which directly questioned the legitimacy of Ukrainian claims to sovereignty or a separate national identity. More recently, he has described Ukraine as an “inalienable” part of Russia’s own history, culture, and spiritual space, while accusing successive Ukrainian governments of turning the country into an “anti-Russia” which could no longer be tolerated.

With the current war now in its fifth month, Putin apparently no longer feels it necessary to conceal his true intentions. While forcing Russian citizenship on Ukrainians may seem a comparatively trivial crime at a time when Russian troops are routinely committing atrocities, the decision to expand Russian passport distribution to the whole of Ukraine is nevertheless symbolically significant. It is a clear signal that Putin’s imperial appetite is not limited to the Ukrainian regions currently under Kremlin control. On the contrary, he intends to complete the destruction of the Ukrainian state and nation.

Only a military solution can now prevent Putin from realizing his genocidal dream of a Ukraine without Ukrainians. The Russian dictator can no longer be reasoned with or appeased. He can only be defeated. Western leaders must recognize this reality and provide Ukraine with the tools to secure victory. “I call on our partners to react strongly to Putin’s passport fantasies by supplying Ukraine urgently with more heavy weapons,” commented Ukrainian Foreign Minister Dmytro Kuleba. If the international community fails to heed this call, Russia will become an even greater menace and the cost of defeating Putin will only rise. 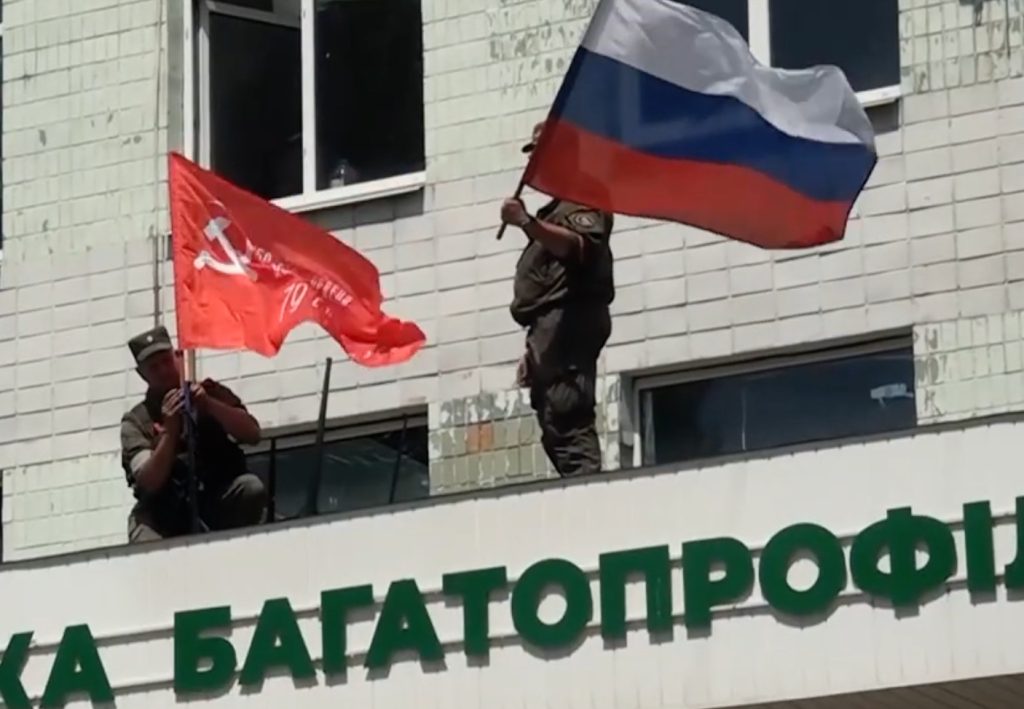 Previous Atlantic Council: Four (updated) ways the war in Ukraine might end
Next Disinformation 101: War of the Worlds