Preparations for a major NATO summit at the end 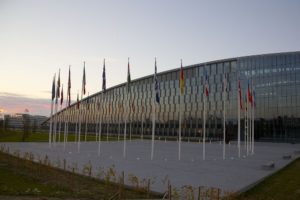 In the new NATO building in Brussels, preparations for the upcoming summit of that military alliance will take place on July 11 and 12. As announced on the website of the Atlantic Council of Serbia, this meeting will officially confirm the already made decision on the establishment of new commands in Norfolk in Virginia and in Ulm, Germany. A decision will also be made to establish troops for rapid interventions by 2020, consisting of 30 mechanized battalions, 30 aviation squadrons, and 30 combat ships. – They should be ready, if necessary, within 30 days are deployed in any of the NATO countries.

In addition, the summit will also discuss the need for greater allocation of member states for the budget of the Western Military Alliance and on other important topics such as: the start of training of Iraqi and Afghan armed forces fighting terrorists. Donald Tramp, US President, as well as Frederick Mogerini, EU High Representative for Foreign Affairs and Security, will also attend the summit in Brussels.

Vladan Živulović, president of the Atlantic Alliance of Serbia, and ATA vice president, received the invitation to participate in this gathering.

Previous Soon the end of the military exercise of Russia, Belarus and Serbia
Next NATO: How to be faster than terrorists